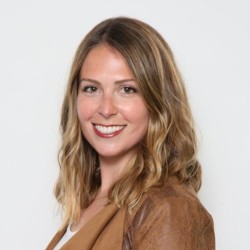 Hailey Friedman
I'm a marketing expert, CEO of GMP Agency, and an artist. I started this blog, Growth Marketing Pro and built it into a 6-figure passive income business in just 18 months. Today, it supports me while I travel the world. Currently in: San Francisco 🌁

As webmasters, website owners, and content creators, we are all at the mercy of Google algorithm updates.

If you want your content to perform well in the search results, you have to comply with Google’s SEO best practices. And if you haven’t heard, we recently released a tool called GrowthBar designed to help you do just that.

There are huge upsides to playing the Google game. You can get any number of free visitors to your site through organic search and grow your brand through SEO.

But there are also huge potential downsides.

If you’ve been unlucky enough to see your traffic negatively impacted overnight, it was likely a result of one of Google’s broad core algorithm updates.

Sometimes these updates target spam and tighten up on relevance for the searcher. Sometimes they improve the way in which Google presents results.

But sometimes it’s just a bit of a mystery why and how the algos affect some sites.

Either way, here is everything you need to know about what Google algorithm updates are, why they roll them out, and all the major core updates they’ve released over the last two years.

Disclaimer: Articles on this blog contain affiliate links that GMP receives a small commission from at no cost to you. We only recommend tools we trust. Read more in our privacy policy.

What Are Google Core Algorithm Updates?

To best explain what Google’s algorithm updates are, I’ve picked up a quote from Google’s own webmaster guidelines:

“Several times a year, we make significant, broad changes to our search algorithms and systems. We refer to these as “core updates.” They’re designed to ensure that overall, we’re delivering on our mission to present relevant and authoritative content to searchers.”

To simplify this even further, when Google makes a core algorithm update, they are basically improving the technology that pulls the best results for a query.

In theory, this is great. It means searchers are getting better, more relevant results. It also means websites with the best and most relevant content are getting the most exposure.

In practice, however, it’s still a challenge for Google to sift through the millions, or billions of search results and determine which are the best based on their computer algorithm. Which is why they are continually making improvements.

How Do Algorithm Updates Impact Websites?

Google updates change the results you see for queries. This means thousands, hundreds of thousands, or even more site rankings change every time an update goes live.

For a lot of sites, the impact will be minimal, it might even go unnoticed. But for some sites caught up in the crossfire they can lose most if not all of their traffic.

This can be devastating for a business, as I’m sure you can imagine.

It rarely happens to a site that’s compliant with Google’s best practices, however. But as you’ll see in the update history below, some updates like the “Medic Update” came out of nowhere to shake up a whole industry.

This is why it should be part of any webmaster’s continual SEO learning to be aware when core updates come out, and how they affect them and other sites around them.

History of Google Algorithm Updates Over the Past Two Years

On January 13th, Google announced the first core update of 2020 was starting to roll out and would take a couple of weeks to fully complete.

Google named it the “January 2020 Core Update,” although they haven’t provided any details on what this update is targeting or changing specifically.

So, as always, it’s up to the SEO community to identify any trends and try to make sense of what’s happening exactly. It would be nice to identify a trend as it might give us some insight into the direction Google is going to be going this year.

Browsing some webmaster forums, I can see people stating they’ve either lost or gained traffic, which is to be expected. But I can’t see evidence of any trends. At the time of writing this, it’s too early to say what niches or industries have are feeling the effects of the update.

There have been some small cosmetic changes we do know about with this update. Such as favicons now appearing next to a site’s URL in the SERPs. But that’s not going to make the headlines like the algorithm changes that affect traffic.

I’ve summarized all the core updates Google has released over the last two years. This will help to give you a clearer picture of how often they’re releasing updates, and what kinds of things they’re targeting.

At the time of writing this, the last major update was in October of 2019 – and it was a big one.

Towards the end of October, Google officially confirmed they would start rolling out an update they called “BERT”. BERT stands for Bidirectional Encoder Representations from Transformers – quite the mouthful.

In simple terms, it means they’ve improved the way their robots read text to better understand the nuances of the context of words. Which, should (hopefully) return better search results for the user.

An example Google shared is:

Previously, if you would search the term:

“Can you get medicine for someone pharmacy”

Before BERT, Google would put emphasis on the keywords; medicine, and pharmacy. Pretty much ignoring “for someone” which is key to search intent. So, the top results were articles explaining how you can get your prescription, not someone else’s.

After BERT finished rolling out, they now better understand and interpret every word in a query like this one. If you search this query, you’ll see results for how you can get a prescription for someone else.

These changes might seem small when looking at individual queries, but Google says this update impacted around 10% of all search rankings.

Google didn’t release any details on what the September Core Update was targeting. However, it’s widely believed that they were focusing on “Your Money Your Life” (YMYL) sites and niches as they also have done previously.

This is another attempt at returning more authoritative results for search queries relating to health, finance, travel, and so on. Google has been trying to stamp out results from sites with less credible and authoritative authors on topics that can impact a person’s health or wealth.

A couple of things that jumped out after the June update were; a large increase in the number of video carousels in the SERPs, and a focus on the quality of news results.

This meant that established and credible news sites saw an increase in their SEO exposure, while smaller sites saw a decrease. (source)

In the eyes of Google and SEO, credible and authoritative sites are those with more high-quality links pointing to them. Effectively, sites with a higher domain authority or similar. While this gives a larger share of the search traffic to fewer sites, it does ensure users are landing on the larger news outlets.

You can use GrowthBar to identify sites with a high domain authority, collaborate on guest posts or backlinks, and leverage their credibility to boost your own rankings.

The March update seemed to be very broad in the topics and sites that were negatively affected (source). There is definitely a trend across most of the updates in the last two years, with many sites in the YMYL sector hit.

The Medic Update as it’s been named due to how hard it hit sites in the medical niche, was one of the largest and most impactful algorithm updates Google has ever released (source).

Around 50% of all sites that saw a loss of traffic were related to the medical niche. The other main niches were travel, finance, and entertainment.

Google’s intention with this update was to try and improve the credibility and authority of the results shown for queries that can have an impact on a person’s health and wellbeing. Such as health-related questions, financial queries, and so on.

It’s a step in the right direction for sure. If you’re turning to Google to find medical advice, you want to know that the sites have advice and content written by a medical professional or similar.

The April 2018 update was a mobile-first indexing update (source). With mobile search surpassing desktop, it makes sense that Google would focus on giving sites that are mobile-friendly a boost.

A lot of sites that were not responsive for mobile devices, don’t load well on mobile or don’t have a mobile-friendly UX had to make some changes to recover from this update.

Google said the March 2018 update was a “broad core algorithm update” (source). They didn’t give any specifics on what they were targeting, and there were mixed results from webmasters.

There’s one thing most webmasters do agree on, and that’s the update was targeting quality and relevancy – as they almost always are.

A lot of sites publishing thin content, keyword stuffing, and doing any of the usual SEO shortcuts, tips, and tricks felt the effects.

Can You Future-Proof Yourself Against Future Google Algorithm Updates?

This is the question everyone asks themselves, especially if they’ve but hit by a loss of traffic in the past.

While there is no way of knowing the exact way Google will go in the future and the kinds of things they will be changing, there are some things we do know from previous updates.

Going back even further than 2018, some of you reading this will remember the “Penguin” update. This update was the first to really penalize sites using unnatural linking methods, something Google has continued to focus on to this day.

Quality content is another area Google continues to focus on year after year. If you’re not already producing the absolute best, most relevant content you can – it’s time to start doing so now.

So, in a nutshell. If you want to survive, and even benefit from future updates you should do your best to comply with Google’s T&C’s. Take notice of trends from past updates, and always endeavor to best serve your audience.

http://www.haileystarr.com/
I'm a marketing expert, CEO of GMP Agency, and an artist. I started this blog, Growth Marketing Pro and built it into a 6-figure passive income business in just 18 months. Today, it supports me while I travel the world. Currently in: San Francisco 🌁

Schedule a Free Strategy Session with the Growth Marketing Pros.